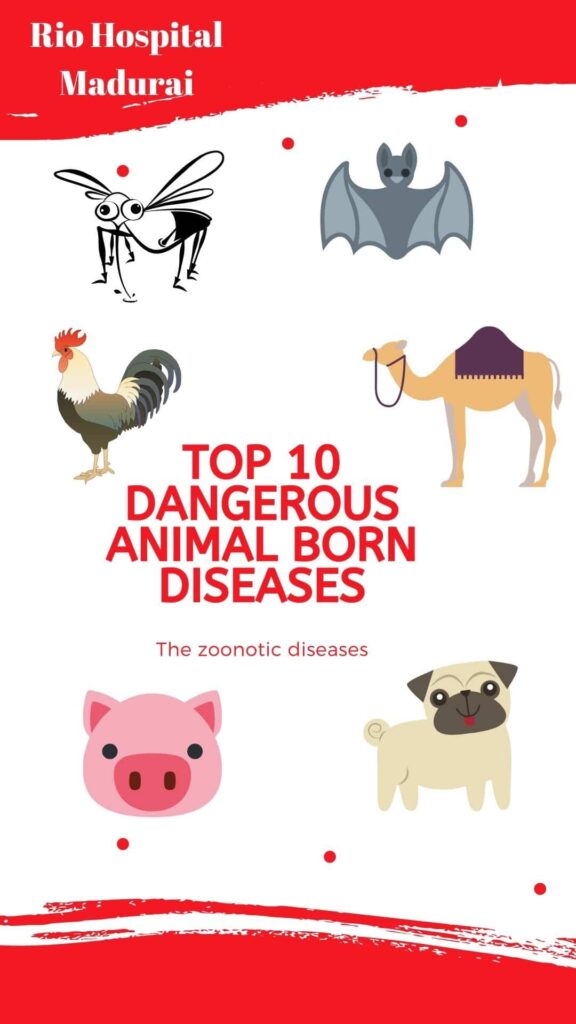 What is a zoonotic disease?

Do we need to worry about the diseases that spread from animals to human?

Do we need to be worried about them?

You will be surprised to know that 60% of all human diseases are caused by zoonotic diseases and 75% of all emerging infectious diseases are zoonotic.

How many viruses are there in this world?

There are innumerable numbers of types of viruses, but only about 9000 have been identified by their genomes and included in the definitive reference data base.

New viruses are being discovered all the time. More than 2500 new viruses have been found by scanning DNA recovered from human and animal cells.

Are all viruses dangerous?

Not at all. Human body is “soup of life forms” of different kinds. Most of the bacteria and viruses live in harmony inside our body. Only a few makes us sick.

” Peculiar fact is that it is not in virus’s interest to kill human, as it no longer could live, multiply and spread in a dead human being “

Viruses are like Zombies. Viruses are really like Egyptian mummies in the movie “The Mummy “.They are very much lifeless until it gets into another life form. Inside a life form(an animal, including  human) reincarnation takes place and that is the first step towards carnage, that follows.

The diseases that jump from animals to humans are mostly known to be dangerous. Why is it so?

Most viruses and bacteria that infect other organisms are completely  harmless to people, but a tiny proportion can infect  and those are called zoonotic diseases. The Corona virus is no exception.

These animal born diseases ( zoonotic diseases) can be so dangerous because we have no ready made immunity against them. Zoonotic diseases are quite a few and pose different degrees of danger to human. For example rabies is almost 100% fatal.

Others, such as Ebola, can spread from person to person, but aren’t very good at it and so cause relatively small outbreaks. Nevertheless they are extremely dangerous . 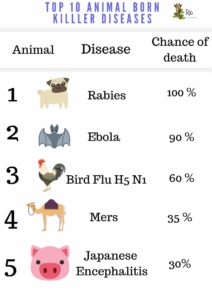 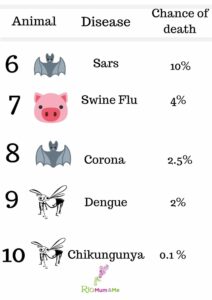 What can we do to protect ourselves from zoonotic viruses?

Vaccinate yourselves and your pets. The best way to prevent zoonosis is by vaccination. Vaccines are available for some of the zoonotic infections. For some it is being developed.

Vaccines are available for the following zoonotic viral infections

Dengue ( soon will be available)

Previous post
The cold Virus, The Flu virus and the Dreaded Corona Virus
Next post
Will Corona virus outbreak stop with arrival of summer ?